In 1991, Quebec’s maple syrup industry was struggling. This dramatically impacted the maple sugaring division of IPL Inc., a leader in the Canadian plastics industry based in Saint-Damien-de-Buckland, Quebec. Even so, one of its employees, Christian Chabot, saw a business opportunity.

Christian Chabot joined forces with his two brothers, Jean-Marie and Yvan, to create what we now know as CDL. Jean-Marie Chabot was a mechanical engineer with IPL, before becoming the company’s R&D director. He was responsible for the development of IPL’s maple sugaring products division, and in the ’70s was recognized as a pioneer of tubing systems for vacuum harvesting maple water (Sysvac). In fact, starting in 1971, he would test IPL’s products in his own 5,000-tap sugar bush in Armagh, Quebec, before selling them to maple syrup producers. CDL’s other owner, Yvan Chabot, had been an accounting and finance manager with the Coop Fédérée de Québec, serving farmers. The brothers’ areas of expertise complemented each other perfectly, which helped ensure a smooth start. CDL opened its head office in 1991. The initial goal was to gradually expand the company by serving as a “one-stop shop” for North American maple syrup producers while providing exceptional service. This informed their strategic decisions in the following years.

In 1994, they acquired Évaporateurs Dallaire, a company from Saint-Évariste, in Beauce, specialized in the manufacture of stainless steel maple sap evaporators and tanks. A major fire at the plant in 2009 led the company to relocate and expand significantly into the La Guadeloupe industrial centre (now CDL Beauce) in Beauce, a remarkable cutting-edge facility with the latest production technologies.

In 1999, in response to the ever-growing demand for products in New Brunswick and the Bas-Saint-Laurent region, the directors opened the first CDL distribution centre in Cabano, Quebec. Doing so allowed them to move closer to producers in these more distant regions.

In the early 2000s, the company moved its headquarters into a much larger building, with an office, a retail store, a manufacturing and assembly plant (for extractors and reverse osmosis systems), and a spacious central warehouse. They also opened a machining centre equipped with the latest digital control and computer-aided design (CAD) technologies for producing stainless steel parts. Together, these new facilities have helped the company meet customers’ growing needs and the need for staffing while expanding CDL’s product lines.

In 2005, the purchase of Waterloo Small USA was finalized. The St. Albans, Vermont, plant, better known as Maple Pro, solidified CDL’s expansion onto the American market.

2014 was a landmark year for CDL with the acquisition of Atkinson, the largest distributor of maple sugaring products in Ontario. This not only solidified CDL’s presence in Ontario, but also helped the company assert its position as a world leader in the maple syrup industry.

In 2017, CDL had been looking for a building near its headquarters for some time so that it could expand its production and distribution capabilities. Finally, it was able to seize an opportunity and acquire a building in Sainte-Claire that had housed Baldor’s plant and administrative services. This came with several advantages: it allowed CDL to centralize several satellite warehouses, met the need for more space, and improved management efficiency.

In late 2018, CDL announced the acquisition of Évaporateurs Faucher, a company in Sainte-Marie, in Beauce, Quebec. This transaction underlined CDL’s desire to offer customers local expertise based on experience and tradition. With this new division, CDL added a highly skilled and talented team of professionals to its ranks, drawn from a pioneering company with a century of expertise.

It was also in 2018 that the current majority owners of CDL, Vallier, Martin, and Marc-André Chabot, partnered with Groupe BMR/Sollio to ensure the company’s long-term sustainability in Quebec. This partnership also strengthened its regional proximity to all Quebec maple syrup producers, as it meant that CDL’s products were sold throughout the BMR network.

In 2020, CDL started forging links overseas, partnering with a French distributor to open its first birch sap branch in Europe. CDL’s knowledge and expertise in maple syrup production have allowed it to launch promising projects for the sap division, such as the Forest Farmer project in Vermont and the Château de Chambord project in France.

Considered a fully integrated company that develops, manufactures, and distributes equipment for maple syrup production and maple product processing, and now also active in the field of plant-based waters, CDL is recognized as a world leader in the industry thanks to its expertise, the performance of its equipment, its closeness with producers, and its innovative spirit.

Acquisitions and strategic investments have allowed CDL to position itself as an industry leader for many years. Today, the company has over 300 employees in North America in its four plants and numerous corporate stores. Through its 24 locations in Canada and 17 locations in the United States, CDL is proud to offer its products and local service to all its customers.

The Chabot family (majority owner of CDL) has also been producing maple syrup for five generations. The brothers and their father are maple syrup producers themselves and own a 70,000-tap sugar bush in Armagh, Quebec. For nearly 50 years, the family sugar bush has served as a testing ground for new CDL products. It’s also a place where the family gathers regularly to renew their passion for the profession and prepare the next generation to take over.

CDL is attentive to its customers’ needs and remains a company guided by a family culture of trust, friendliness, and pride in its work.

CDL, a presence serving the industry. The CDL Way. The power of expertise. 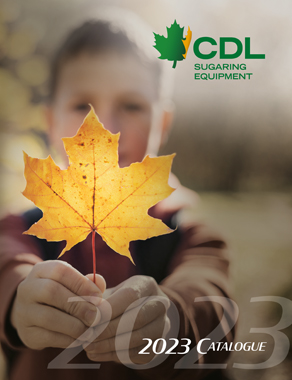 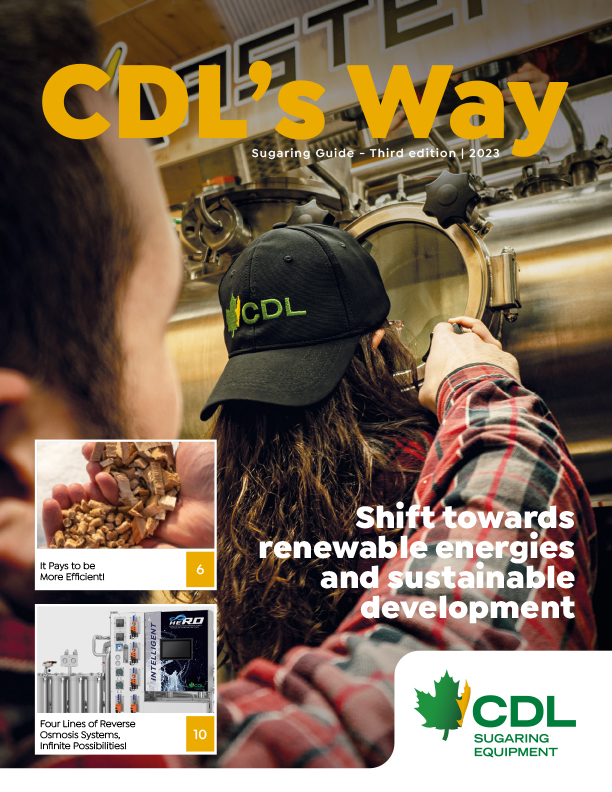 The reference on news in the maple sugaring world!

One of our representatives will be pleased to help you, call us!

Where to find us